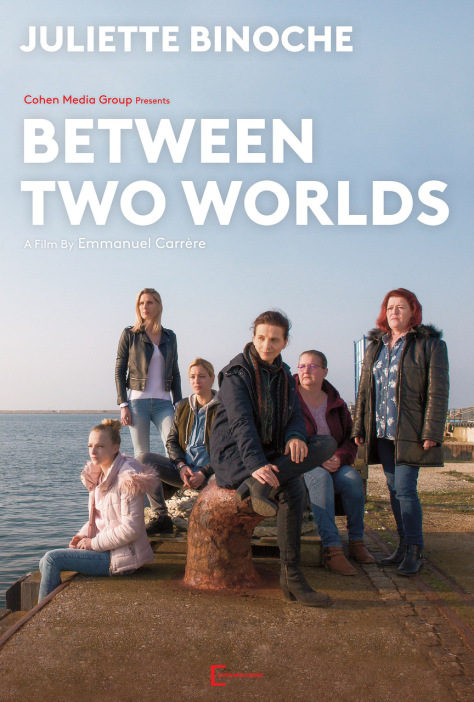 BETWEEN TWO WORLDS tells the story of Marianne Winckler, a well-known author, who goes to live in northern France to research a new book on the subject of precarious working conditions. Without revealing her true identity, she is hired as a cleaner, working with a group of other women. In this new role, she experiences first-hand the financial instability and social invisibility of the ‘gig economy'. But she also discovers mutual assistance and solidarity amongst this fraternity of working-class women. As she becomes more entwined in the community and strikes up a close friendship with a woman called Christèle, she begins to question the ethics of the deception in the name of her writing. The film is based loosely on Florence Aubenas's bestselling non-fiction work Le Quai de Ouistreham and marks Emmanuel Carrère’s return to directing for the first time since The Moustache in 2008. Carrère has achieved world renown and acclaim as an author and has been described by Karl Ove Knausgaard as 'the most exciting living writer.'