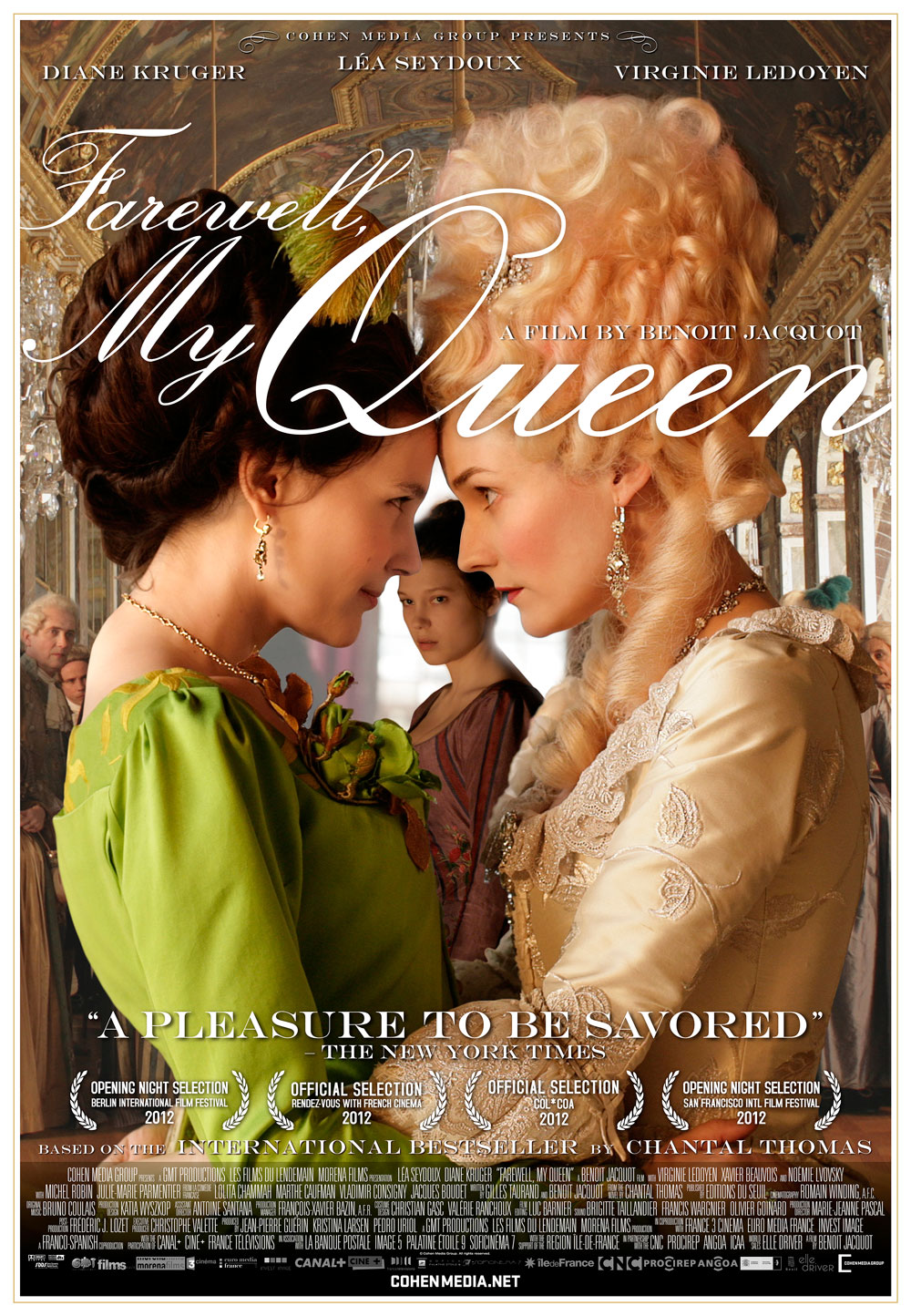 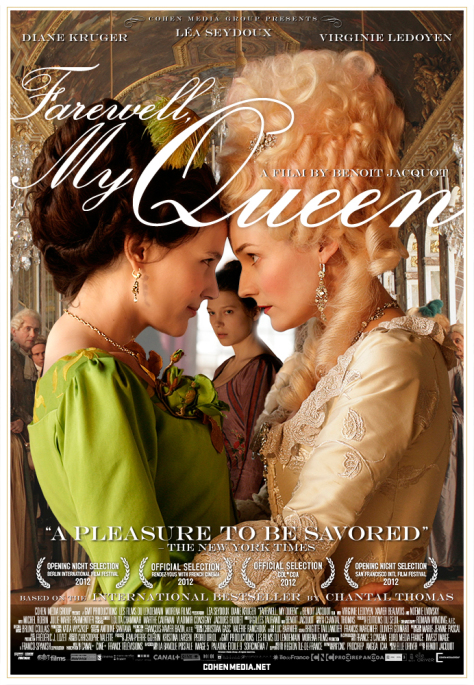 Farewell, My Queen marks the return of acclaimed director Benoît Jacquot (A Single Girl, Seventh Heaven, Sade, Deep in the Woods) and brilliantly captures the passions, debauchery, occasional glimpses of nobility and ultimately the chaos that engulfed the court of Marie Antoinette in the final days before the full-scale outbreak of the Revolution.\r\n\r\nBased on the best-selling novel by Chantal Thomas, the film stars Léa Seydoux as one of Marie’s ladies-in-waiting, seemingly innocent but quietly working her way into her mistress’s special favors, until history tosses her fate onto a decidedly different path. With the action moving effortlessly from the gilded drawing rooms of the nobles to the back quarters of those who serve them, this is a period film at once accurate and sumptuous in its visual details and modern in its emotions. Diane Kruger gives her best performance to date as the ill-fated Queen and Virginie Ledoyen is the Queen's special friend Gabrielle de Polignac.