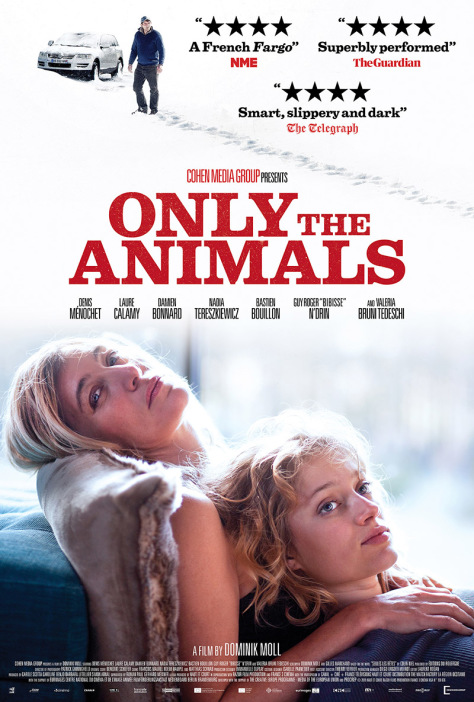 Following the disappearance of glamourous housewife Evelyne Ducat (Valeria Bruni Tedeschi) in the French highlands, the lives of five people inextricably linked to Evelyne are brought together to devastating effect as the local police investigate the case. Elegantly structured and darkly funny, Dominik Moll’s seamy thriller reveals the secret connections of a lonely farmer, an unfaithful husband and wife, a lovelorn waitress and an African con artist to expose a world of greed, lust, betrayal, desperation and murder spanning the wintery French highlands to the sun kissed streets of Sierra Leone. With his finest cast to date, including an astonishing performance by Denis Ménochet (Inglorious Bastards), ONLY THE ANIMALS finds Dominik Moll at the height of his filmmaking powers as he masterfully exposes the secret connections that lie at the underbelly of Evelyne’s disappearance.